The High Level Bridge, The Bay, and The Beautiful City

Filed under Photo Of The Day

Built in 1984, the Construction House was a joint venture project aimed to create a space to house the local construction association offices.

The single-storey, 7 500 square foot office building was designed by architect John J. Harkness. The exterior of the building consists of an orange brick with a wavy enclave of windows along the southwestern side, creating an eye-catching wall that faces York Boulevard. 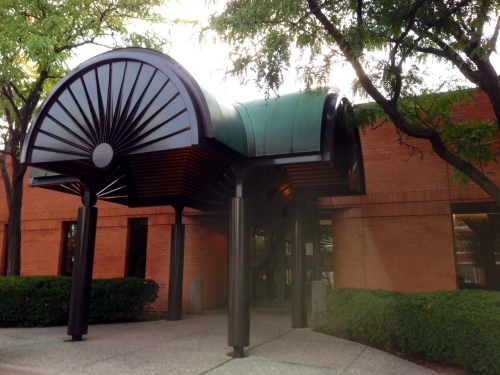 The building’s interior was originally used for offices, a plan room, industry library, and meeting rooms.

The members created the Construction House out of confidence in the long-term growth of the Hamilton area and to bring together the major organizations of the industry.